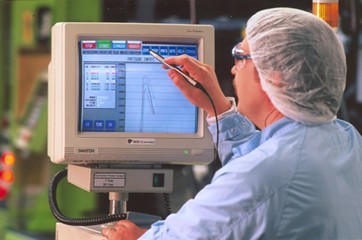 More and more molders are turning to what has become known as “scientific molding” in an effort to systematize their injection molding processes, make them more controllable and make them easily repeatable. As we mention on this site and in many published articles over the years, the basic concepts surrounding scientific injection molding, are built upon the “4 primary plastic variables”. These are heat, pressure, flow and cooling. Everything the plastics “feels” can be described by one or more of these 4 variables.

It was the research done in the 1960’s by Don Paulson and his then student, Rod Groleau, that first discovered and refined this 4 variables approach. Another phrase that has become common usage in injection molding training circles is to look at molding “from the plastic’s point of view”. This is a way of simplifying any injection molding problem down to its root causes. It is almost always going to one of those 4 plastic variables mentioned above.

So if your company is now, or plans to implement a scientific molding approach, Paulson courseware can only benefit you. All of the Paulson courses, whether interactive DVD video, InSite360 online training or our seminars given at the Paulson Plastics Academy, will build the foundational concepts that your personnel need to fully understand, implement and get the absolute most out of your scientific molding efforts.